“GIVE me a break,” said the premier of the Australian state of New South Wales Barry O’Farrell when asked if recent devastating floods might have something to do with climate change.

Let’s just all reach for the “pause” button for a second.

Mr O’Farrell now thinks the issue of climate change is one of “political correctness” which sits alongside debates about the appropriate language to describe homosexuals or whether Christmas trees might offend one religious group above another.

Not to degrade those important debates, but political correctness doesn’t flood thousands of people’s homes, threaten water and food supplies or machine-gun the economy leaving a scattering of billion dollar-sized bullet holes.

The flooding concentrated in Queensland has so far killed six people, devastated several towns and cities and thousands of people’s homes, in particular in Bundaberg, and sparked food supply fears after crop damage.

The disaster has come just weeks after the longest and most widespread extreme heatwave in Australia’s recorded history, causing life and livelihood-threatening bush fires. In all likelihood, January 2013 will turn out to be Australia’s hottest ever month on record. Queensland still remembers the 2011 floods which put a dent in the country’s GDP of an estimated $30 billion.

Mr O’Farrell’s fellow Liberal, Federal Opposition leader Tony Abbott, was similarly dismissive of climate change when he was asked by a journalist if he thought that climate change had played any role in the recent floods. He broadened his answer to include the role of climate change in droughts and fires.

“Droughts, fires, floods have been a part of this country’s experience since records were kept,” Mr Abbott said. “Now, I think that climate change is real and humanity does make a contribution and we must have a strong and effective policy to deal with it, but I don’t think anyone could credibly say that this kind of thing has only happened since man made carbon dioxide increases started.” END_OF_DOCUMENT_TOKEN_TO_BE_REPLACED 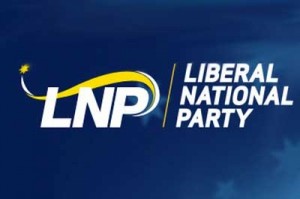