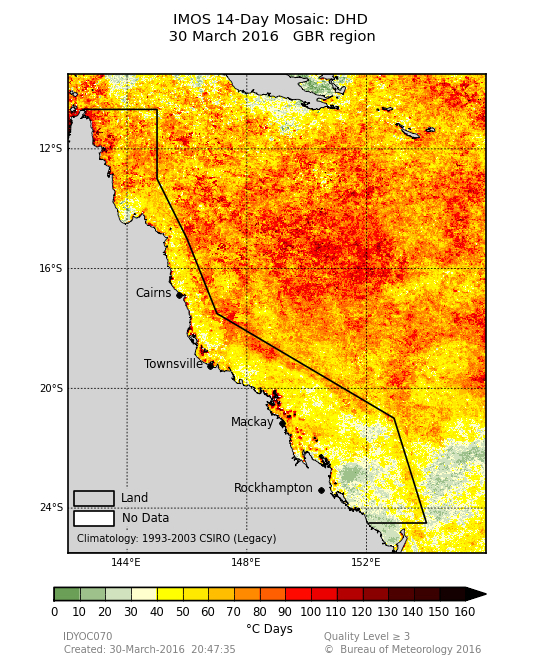 I’ve written about that on my Planet Oz Guardian blog, where I tried to explain the clear link between fossil fuel burning, global warming and bleaching.

When SST go above a long term average for too long, this causes a stress reaction in the corals.  There’s a separation between the coral skeleton and the algae that gives the animal all that amazing colour (and also gives it the nutrient it needs to survive).

Just like in many other parts of the world, SST have been on the rise.

The Burea of Meteorology’s ReefTemp site sorts the SST data to give an indication of the risk of coral bleaching – a measure known as Degree Heating Days (one DHD is one degree above the long-term average temperature for one day).

I’ve made a GIF of the recent readings off the Coral Sea. The picture tells its own story, as you see the thermal stress on the corals build from the end of February to the end of March.

For a technical explanation of the data, go here.