YEH I know, you’ve heard it all before.

Electric cars are coming to take over the world, robbing petrol-heads everywhere of their fossil fuel-loving internal combustion engines with all that grrrrrr and CO2.

Well it seems that while many finally dismissed the claims of EV enthusiasts as little more than science fiction, the car companies, local governments, and savvy entrepreneurs have been getting on with the job and they may come up with something spectacular. The green outlook of these vehicles that utilize lithium-ion batteries from companies such as Smartpropel, makes them more attractive. The look and form of these vehicles could play a major role in the automobile market. However, with the application of new dyeing tools in the auto sector, these vehicles could appeal to the masses. Methods such as industrial finishing or powder coating, which is done in the ‘Powder Coating Booths‘ of the manufacturing unit, may help in giving a modern and futuristic look.

Besides their futuristic look, electric cars often feature a lot of advanced technologies, giving them an advantage over conventional vehicles. Advanced Driver Assistance Systems, for example, is a highly advanced technology that has the capability to automate the driving processes of EVs to a certain degree through features like cruise control, collision warning, and lane-keeping assistance. ADAS tech of this type is usually high-performing since artificial intelligence and ADAS calibration systems are used to create them. Electric cars also have other futuristic technology, similar to ADAS.

Looks aside, even the very makeup of an electronic vehicle has seen massive improvements thanks to better design and efficient manufacturing advancements seen in the CNC machining and turbomachinery sector. By moving towards auto-controlled machining and lathing models (read this article: Concepts NREC Signs Global Machine Tool Partnership with Hermle to get a better picture), secondary parts suppliers are able to offer a gamut of metal die castings specifically fabricated for EV components like housing for the battery, ACDC converter, heat sink and others to vehicle manufacturers.

Keep reading for a feature I’ve just had published in Brisbane’s bmag looking at what seems to me to be the inevitable rise of the electric car. Not even a jobsworth wheel clamper can stop the revolution now.

The Buzz about electric cars 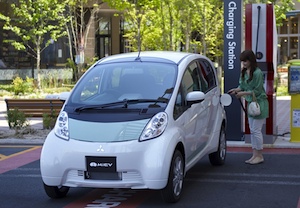 Mark down 2010 on your driveway or scratch it on your garage wall as a reminder of the year when the wheel clamps and handbrake were finally released on the electric car.

For more than a century, the cleaner and greener electric vehicle (EV) has been held back thanks to a plentiful supply of liquid fossil fuel. But as cheap oil runs out and evidence mounts of the damage to the planet of extracting and burning fossil fuels, the long-time “concept vehicle” is stepping out of the sci-fi movie and on to a road near you. Of course, this means people around the world are looking for options to protect these new investments, be it through one sure insurance or other means.

Dozens of models of electric cars are going into mass production around the world, with some already being sold. And, if 2010 is the year the electric car industry finally got going, then July could be credited as the month when Queensland started to take them seriously.

“You now have electric vehicles popping up everywhere,” says Brisbane-based clean technology consultant Philippe Reboul. “It is getting serious.”

Rupert Posner, Australia director of forum organisers The Climate Group, says after many years of declaring the new era of the electric car, this time it’s a genuine transformation that’s closer than many of us think. “This time, the car companies and government are ahead of the consumer. There’s a growing interest in Brisbane in electric vehicles. Most of the public don’t have a handle on just how far down the road this transition actually is.”

Also last month the government closed a month-long consultation on its first ever electric vehicle strategy document, the EV Roadmap for Queensland, which will help the state to prepare for a “market transformation”. The document said EVs could play a major part in cutting the nine million tonnes of greenhouse gases produced annually by fossil fuel-powered cars. Even if they were recharged using electricity generated from burning coal, the government says electric cars produce 15 per cent less greenhouse gas emissions than the average new car sold today.

Another advantage, the document said, was that a move to electric cars improves the state’s energy security by cutting its reliance on imported oil.

“If Queensland is well prepared for their introduction, electric cars can play a huge role in cutting our emissions,” acting climate change minister Annastacia Palaszczuk said.

There’s little doubt that car makers are about to make good their promises of actually building electric cars for sale on a mass scale. Mitsubishi is the first company to bring a mass-produced electric vehicle to Australia – 20 of its i-MiEV cars rolled off the dock in Melburne just last week. By 2012, French car-maker Renault says it will be selling four different models of EV, including a city runabout, a commercial van and a family car. By then, Nissan will be selling its Leaf car worldwide. GM says it plans to produce 10,000 of its hybrid Chevrolet Volts (an electric car with a back-up petrol engine) by the end of next year and 30,000 more by the end of 2012. 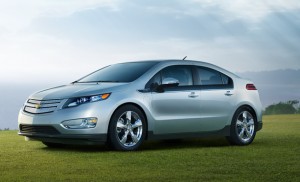 “Globally the supply line of cars is now massive,” says Antony Cohen, chief finance officer for Better Place Australia, another organisation which was represented at the Brisbane meeting. Better Place is already building the infrastructure that electric cars need to keep moving, such as charging points powered by renewable energy and batter y-swap facilities.

Cohen says electric cars are simpler to produce in a factory and will be cheaper to run and maintain than cars that rely on an internal combustion engine.

“We think in Australia the total transition will take 20 to 25 years. But by 2020, I’d say you’ll have maybe 10 per cent of all cars being electric.” While this figure sounds small, analysts believe that by 2020 the transition to electric cars will be essentially a fait accompli. “By then, with petrol at $2 a litre, an electric car is going to be cheaper for most people to drive,” adds Cohen.

He dismisses criticisms that EVs won’t be attractive to consumers because they have a limited range before their batteries run out. “The range of the cars is only an issue of having a charging network in place,” he says. “If there is a charging network then you don’t have a limitation on the range. By the end of 2013 we will have infrastructure around the country where 80 per cent of all drivers could really drive anywhere they wanted to.”

EV advocates are hoping that governments will introduce incentives for people to use electric cars, with free or reduced tolls, parking and tax rebates already being introduced in other countries.

Philippe Reboul is organising a Brisbane conference in October to share ideas on the best ways to get the electricity to the cars.

“If you want electric vehicles then you need to have charging points on footpaths and parking lots and you need to get the electricity to them. But the beauty of electric cars is that you don’t have to rely on any fossil fuels to make your electricity. You can make a choice to be green.”

2 thoughts on “Feature – Electric cars are coming and this time they mean it.”