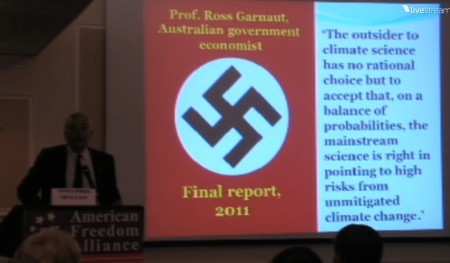 The conference was organised by the American Freedom Alliance, a think-tank which is currently involved in a long-running legal battle with a California science education centre. The AFA wanted to screen a documentary which featured scientists attacking Darwin’s theory of evolution in favour of intelligent design, but the education centre cancelled the screening. END_OF_DOCUMENT_TOKEN_TO_BE_REPLACED

You will be chased down the street with burning stakes and hung from your f****** neck until you are dead, dead, dead.

ANY academic these days who chooses to speak publicly about the impacts or the implications of human-caused climate change can expect to come under attack.

The above note was contained in an email sent to one of these academics, but it is just one example. There are many scientists who over recent years have been receiving notes and communications like this.

In most instances, the abuse had been in the form of emails. There were other incidents which were not reported.

One researcher, The Canberra Times reported, had received “threats of sexual assault and violence against her children” after she was pictured in a newspaper at a tree-planting event. END_OF_DOCUMENT_TOKEN_TO_BE_REPLACED

CLIMATE scientists have long been the target for abuse and so the latest revelations that researchers have been on the receiving end of death threats won’t surprise many people engaged in the issue.

From current and past experience of speaking with climate scientists, I know many have been receiving threatening and abusive communications for years.

In some ways it is seen as a part of their role. A quirk of the job which needs to be tolerated and managed, whether they like it or not.

For some, spam filters remove the need to engage directly with the emails. Some say they just brush off the conflict. Others ignore it. Some have internal systems to guard themselves from the communications.

But none of this makes it right.

The latest unsavoury swag of attacks targeting Australian climate scientists is now being reported in The Guardian and other news outlets around the world.

But just what is the nature of the threats? What kind of language is being used?

Here are some extracts of emails sent since January this year to three Australia-based senior scientists researching climate change and its impacts. Information which either identifies the recipient, or the sender, has been removed.

END_OF_DOCUMENT_TOKEN_TO_BE_REPLACED 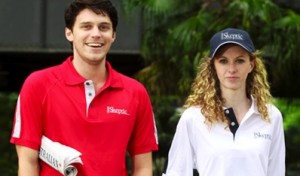 g fossil fuel companies and miners, have been shown to have more than an idle hand in promoting the misrepresentation of climate science. There’s obviously some money in it.

But is there any cash to be made in climate denial itself by promoting their contrarianism as a brand in its own right? Apparently, the answer is yes.

Michael Cejnar, one of the organisers for the impending Australia-wide tour of climate change denier Lord Christopher Monckton, has seen the opportunity for a few bucks on the side and set-up an online shop to sell “Climate Skeptic” branded merchandise. T-shirts and caps are on offer.I honestly thought this was a spoof, rather like the new branded inhalers being offered by Peabody Coal on the “Coal Cares” website, but it’s all very real.

Mr Cejnar has also got another shop selling “No Carbon Tax” t-shirts. Perhaps they’ll be on offer at a few of the locations for Lord Monckton’s tour?

Surely some of the mining executives at next month’s convention of the Association of Mining and Exploration Companies, where Lord Monckton has been afforded 90 minutes to speak, will be able to spare a few dollars for a mug?

Just as a side note, as a journal which has done more than any other in Australia to promote the unscientific and debunked views of climate change deniers, it is thoroughly appropriate that the model in the photograph should be clutching a copy of The Australian.

To bastardise a line from the 35th US president John F. Kennedy, it’s time that Australian politicians asked not what their climate policies can do for the opinion polls, but what they can do for the planet.

The Commonwealth Government’s independent Climate Commission released a report yesterday saying climate change is still real, it is still caused mainly by burning fossil fuels and digging up trees and the consequences are still going to be bad. END_OF_DOCUMENT_TOKEN_TO_BE_REPLACED 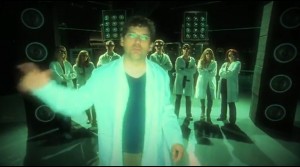 Hungry Beast presenter, comedian Dan Ilic, co-creator of the clip, told me he had “basically blackmailed” the climate scientists several weeks ago into taking part by threatening to “burn a pile of 100 spare tyres” if they didn’t do it. END_OF_DOCUMENT_TOKEN_TO_BE_REPLACED

STATEMENTS from actual climate scientists don’t usually come with a language warning, but this one does. Terribly rude words coming your way, courtesy of a sneak peek of the ABC’s Hungry Beast show, screening tonight, and some actual Australian climate scientists. Not a beard in sight.

Alan Jones impersonator: “The Greenhouse effect is just a theory.. sucker”
Climate scientists: “Yeh, so is gravity. Float away M***** ****”

He’s recently turned his attention to Lord Christopher Monckton, who is heading back to Australia in late June 2011 for a second nationwide tour. See my piece on ABC’s The Drum, which shows how last time, Lord Monckton was backed by some of Australia’s mining royalty.

Sinclair finds that the best way to debunk Monckton, is to use the man himself. This video reveals Monckton’s tricks of cherry-picking data, misrepresenting science papers and using short-term trends. Sinclair forces Monckton to give up his sources and finds him wanting. Sometimes, Monckton seems to just plain make stuff up.

There are three more in Peter Sinclair’s series. Follow the links for parts two, three and four.

But support for Lord Monckton’s unique brand of climate denial is nothing new for the Australian mining community. At key stages in Lord Monckton’s 2010 tour of Australia, wealthy and respected mining figures were there to lend a hand, provide a forum and, in some cases, to give cash support. END_OF_DOCUMENT_TOKEN_TO_BE_REPLACED 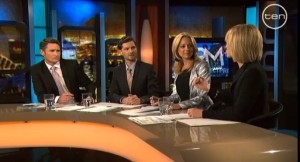 LAST Monday evening between 7pm and 7.30pm about 755,000 everyday Australian television viewers were told by two people that emissions of carbon dioxide from the burning of fossil fuels wasn’t worth worrying about.

Two other people, told them that it was.

During the four-minute segment on Channel Ten’s flagship “infotainment” show The 7pm Project, there was claim and counter-claim about the role of carbon dioxide on the greenhouse effect.

“Will the estimated $863 annual bill [from a carbon tax] actually see temperatures fall any time soon,’’ asked host Charlie Pickering, with no hint of irony.

After the segment was shown, on-air panelist Tracey Curro, a communications consultant and Al Gore-trained climate presenter, turned to her three co-presenters with a look of despair. “You would think from that sort of reporting that the evidence was equally divided… and it’s not,” she said.

Almost everything that is wrong with the way climate change is being presented for public consumption was condensed into those four minutes of pre-recorded material.
END_OF_DOCUMENT_TOKEN_TO_BE_REPLACED