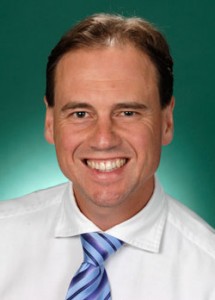 OPPOSITION spokesperson on climate change Greg Hunt has been quoted across the news wires today as saying that while Australia has experienced its hottest summer on record, it’s been unusually cold elsewhere.

The story is based on an interview with ABC Radio, where Mr Hunt is commenting on a new report – The Angry Summer – from Australia’s Climate Commission. The report points out the role that climate change is playing in heatwaves, bushfires and floods.

The report comes just a week after the Bureau of Meteorology declared that Australia’s summer of 2012/2013 was the hottest on record. January 2013 was also Australia’s hottest month on record.

If you listen to the interview, Mr Hunt makes a point of saying that when considering global warming, we need to look at the long term trends rather than pick single events. Quite right.

To demonstrate this, he said that “we have had record cold temperatures in Russia, parts of the United States and China” over a similar period to Australia’s hottest summer on record.

Even in a warming world, you’ll still get record cold events – it’s just that the hot ones are outnumbering the cold ones. In Australia, for example, for every record cold temperature there’s three record hot ones. In the US, a 2009 study found record high temperatures were outstripping record colds by two to one.

I had a quick look at this unusually cold US winter which Greg Hunt alludes to. The government’s National Oceanic Atmospheric Administration has all the figures. Incidentally, January 2013 is the 335th consecutive month where global average temperatures have been above average.

Final rankings for the US winter are not expected to be out for a week or so yet but, so far, the chilly winter turns out not to have been that chilly after all. In fact, the period November 2012 to January 2013 ranks 109th (with a rank of 1 indicating the coldest and 118 the warmest) in a record going back 118 years.

So there you go. As Mr Hunt says, best to check with the experts.