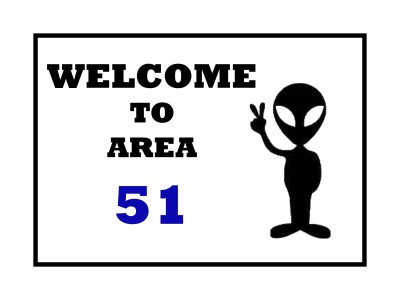 IF the world’s conspiratorial blogosphere was broken up into food items on a wedding buffet table, then an eclectic array of plate-fillers would surely be on offer.

There would be canapés topped with faked moon landings and hors d’oeuvres of Government-backed plots to assassinate civil rights leaders.

Sandwich fillings would come from US military staff at Roswell in New Mexico (cheese and alien, anyone?). The alcoholic punch would be of the same vintage as that which the British Royal family gave Princess Diana’s chauffeur, as part of their plot to kill her. All of the catering would be provided by the New World Order.

Then there’s the salad of human-caused climate change being a hoax, with the world’s climate scientists, national academies and the declining Arctic sea-ice all in on the conspiracy.

Professor Stephan Lewandowsky, a cognitive psychologist at the University of Western Australia (UWA), is about to publish research which shows that a strong indicator of the rejection of climate science is a willingness to accept conspiracy theories.

His paper, to be published in the journal Psychological Science, is titled “NASA faked the moon landing – Therefore (Climate) Science is a Hoax: An Anatomy of the Motivated Rejection of Science“.

The study details the results of a controlled online questionnaire posted on blogs between August and October 2010.

Among the conspiracy theories tested, were the faking of Apollo moon landings, US government agencies plotting to assassinate Martin Luther King, Princess Diana’s death being organised by members of the British Royal family and the US military covering up the recovery of an alien spacecraft that crashed in Roswell, New Mexico.

There’s a fair bit of previous literature to suggest that conspiratorial thinking is part of science denial. Conspiratorial thinking is where people would seek to explain events by appealing to invisible, powerful collusions amongst individuals, rather than taking events at face value. The absence of evidence for the conspiracy is sometimes taken as evidence of its existence and any contradictory evidence is itself embedded into the conspiracy.

In his paper, Lewandowsky adds: “Endorsement of the free market also predicted the rejection of other established scientic findings, such as the facts that HIV causes AIDS and that smoking causes lung cancer.”

But back to that “conspiracist ideation” trait which Lewandowsky and other researchers, such as Pascal Diethelm and Martin McKee, have identified among people who reject science.

Because rather fittingly, no sooner had Lewandowsky’s paper begun to make headlines than the world’s loose, nimble and definitely-not-conspiring network of climate skeptic blogs began to construct their own conspiracies about Lewandowsky’s research.

The survey was conducted online and Lewandowsky’s research team approached climate blogs requesting they post a link to the survey. Some eight “pro-science” blogs agreed to post the link, which gained 1147 responses.

Lewandowsky’s researchers also emailed five popular skeptic blogs, but none of those approached posted the link to the questionnaire.

But had Lewandowsky actually fabricated the claim he had emailed five sceptic blogs? This was asked by skeptics Anthony Watts, Jo Nova and others who were smelling a consipracy.

“If Lewandowky’s claim about five skeptic blogs was fabricated, it appears to me that it would be misconduct under university policies,” wrote McIntyre.

Once McIntyre had come down from the conclusion he had just jumped to, he later admitted that actually, he had been emailed by one of Lewandowsky’s researchers after all but offered a “dog ate my homework” excuse.

Meanwhile, Lewandowsky says he has been “inundated” with requests to release the names of the four remaining bloggers his team contacted.

But since the approaches to bloggers were conducted on the presumption of privacy, the academic has asked his university’s ethics committee and the Australian Psychological Society if he is free to release their identities.

So now there’s a conspiracy theory going around that I didn’t contact them. It’s a perfect, perfect illustration of conspiratorial thinking. It’s illustrative of exactly the process I was analysing. People jump to conclusions on the basis of no evidence. I would love to be able to release those emails if given permission, because it means four more people will have egg on their faces. I’m anxiously waiting the permission to release this crucial information because it helps to identify people who engage in conspiratorial thinking rather than just searching their inboxes.

Lewandowsky revealed that two of the five skeptic blogs approached even replied to the email they were sent.

One stated “Thanks. I will take a look” and another asked “Can you tell me a bit more about the study and the research design?”

Perhaps an inbox search for these phrases might help some bloggers to move on from their latest conspiracy theory.

Or maybe, just maybe, the real story is that the New World Order hacked their email accounts or a CIA operative secretly dropped a memory-lapse drug into their fake moon juice?

4 thoughts on “Climate Science Denial Linked To Conspiratorial Thinking, But Deniers Smell A Conspiracy In The Research”