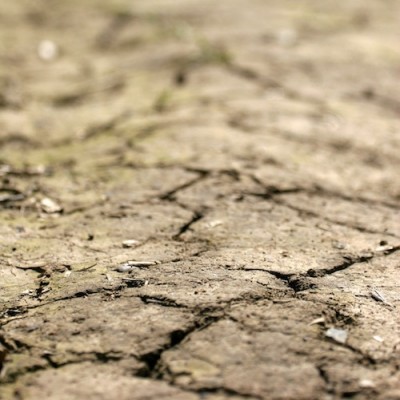 A NEW climate study out this week in the leading science journal Nature is getting a bit of attention in Australia because it reportedly called into question the way that climate models work out the risk of future droughts.

“SOME computer models for global warming may be over-estimating the risk of drought, according to a study,” read the introduction of the story from agency AAP.

This delighted News Ltd columnist and climate science mangler-in-chief Andrew Bolt, who promptly wrote a blog arguing that this was why “local warmists” have been predicting worsening droughts for Australia.

But before we look at why Bolt is wrong to link the study to Australian conditions, let’s first have a quick look at what the paper actually did and what it concluded.

What the researchers did was to look first at a set of data which records moisture in the first few millimetres of soils and then compared this to records of where and when rain has fallen. More precisely, they looked at afternoon rains. To help with gathering the data they needed in an efficient manner, they may have used something like a cellular weather station or other similar weather-based devices, to help with this research so they can be thorough.

What they found was that on a local scale and under certain conditions, rain did not appear to have a preference for falling over areas where the soil was wet. The researchers point out that six global weather and climate models do assume that rain is more likely over wetter soils, hence their conclusion that the models might need a tweak.

So how does this relate to the kind of long-term drought periods suffered in Australia? I asked Dr Christopher Taylor, the study’s lead author at the UK’s publicly-funded Centre for Ecology and Hydrology. Dr Taylor told me:

Prolonged droughts are strongly related to persistent large-scale weather patterns. These can occur simply due to the chaotic nature of the atmosphere, though for many regions of the world, ocean temperature patterns (such as El Nino) are often the underlying cause. Where our work comes in is when the atmosphere is in a marginal state – will it rain or won’t it? Under such conditions, we know that soil moisture can make a difference.

To summarise then, this paper was not looking at the processes which drive long-term drought in Australia, but rather what happens on those days when there’s a bit of cloud around and you wonder whether or not you should bring your washing in. Nevertheless, the study is important as it could improve the accuracy of weather and climate models.

But just to be certain, I asked Dr Taylor how relevant his study was to the sort of conditions that can break long-term droughts in Australia? Dr Taylor added

Our results don’t challenge the conventional notion that large already-dry regions in the sub-tropics will get drier under climate change.

Cue Andrew Bolt, who tapped into his many years of experience misrepresenting climate science to conclude that this study was highly relevant to Australia’s situation. He wrote:

This will explain why our local warmists used to predict our last drought would “never break” – would be “permanent”, our “new climate” – and why we built appallingly expensive desalination plants now lying idle in the rain.

Except as we have already learnt (because we read the paper and checked first with the researcher in question) the paper doesn’t “explain” much at all about the long-term drought conditions in Australia and how climate models predict them. Oops.

But that’s not the only thing that Andrew Bolt misrepresents in his story. To highlight how “local warmists” have been using models to predict drought, Bolt quotes Dr David Jones, head of climate monitoring and prediction services at the Bureau of Meteorology.

“It may be time to stop describing south-eastern Australia as gripped by drought and instead accept the extreme dry as permanent . .. ‘Perhaps we should call it our new climate,’ said the Bureau of Meteorology’s head of climate analysis, David Jones.”

What’s wrong with this quote is that Dr Jones never actually said it. The beginning of the quote was in fact the introduction to the story from the 8 January 2008 edition of the Sydney Morning Herald, written by journalist Richard Macey.

What Dr Jones actually said was “There is a debate in the climate community, after … close to 12 years of drought, whether this is something permanent. Certainly, in terms of temperature, that seems to be our reality, and that there is no turning back”. Earlier in the story, Jones does say “Perhaps we could call it our new climate” but he was mainly talking in the story about temperatures, not drought.

So twice Andrew Bolt fails to check a source properly and ends up misleading his readers as a result.