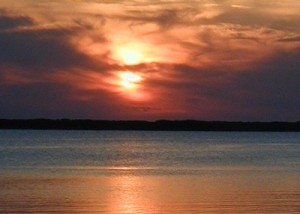 On the core question of getting the world to agree to pull back sharply on its love of flooding the atmosphere with ancient carbon dioxide, the only agreement at the UN meeting was to agree to have another meeting.

Negotiators emerged from an all-nighter without making any pledges to cut emissions beyond what they had already committed to in previous meetings. They had negotiated their way to more negotiations.

Yet politicians around the world, and even some environmental groups, appear to be celebrating this fact that no meaningful decision was made.

Australia’s climate change minister said there had been a historic breakthrough. South African foreign minister Maite Nkoana-Mashabane said there was now a plan “to save one planet for the future of our children”.

But after the jet-lag fades and the sleep-crusted eyes are bathed in the dawn of a new day, we still see a globe heading towards an uncertain and risky place.

Truly historic decisions still need to be made and the past record of the UN climate change process should suggest that there remains a torrent of “ifs, buts and maybes” to wade through before the corks can be popped on the climate neutral bubbly.

But that’s not to say the Durban meeting achieved nothing.

There was an agreement that rich countries should extend the Kyoto protocol, which was due to end next year. The original protocol amounted to a five per cent cut in emissions for rich countries, based on emissions in 1990, by 2012.

The Durban meeting decided the next phase of Kyoto will extend to 2017 but the deadline for developed countries to submit their commitments isn’t until next May. Reports suggest Russia, Canada and Japan won’t renew commitments. The US never signed Kyoto in the first place.

Kyoto has always been severely limited in its ability to cut global emissions, because emerging economies, in particular India and China, were not included.

Significantly, negotiations to agree a new global pact post-2020 will include China and India. These nations are already taking up the majority of the world’s growth in emissions. Increasing exports of coal and gas from Australia will help drive this growth. China is already out-burning the US.

So the cold-hard reality (or should that be increasingly warm and unpredictable reality) is that even if all these negotiations go to plan, the world’s emissions will continue to rise sharply up to 2020. That’s almost a decade’s worth of continues growth in emissions.

The United Nation’s Environment Program’s recent update to its Bridging the Emissions Gap report shows the result of Durban’s non-decision.

To give the planet (that’s us, folks) a “likely” chance of limiting global warming below 2C, global human-caused emissions need to peak at about 44 Gt of greenhouse gases by 2020.

But those UN analysts and scientists for Climate Analytics, say current pledges on emissions will instead see the world emitting more like 55 Gt by then.

This looks like a commitment to warm the planet by about 3C by the end of the century. BBC science correspondent Richard Black says some analysts are projecting that current pledges will in fact deliver 4C of global warming. Yet the science suggests that a world warmed by 2C, considered the threshold for “dangerous” climate change, is still a radically changed place.

Among some of the probable impacts in a 2C+ world, are widespread coral bleaching, sea level rises of a metre, more extended droughts, decline of crops, dieback of the Amazon rainforest, sharp rises in species extinction rates, more frequent extreme weather events such as floods and heatwaves and a broad array of human health impacts.

Putting off any global deal until 2020 commits the world to continued growth of emissions up until that point. It’s also essential to understand that those annual emissions don’t disappear from the atmosphere year-on-year.

Even though we burn coal, gas and oil annually, the greenhouse gases that process emits remain in the atmosphere for many decades (for example, the oil which Elvis Presley burned in the 1950s to run his Cadillacs are still up there warming the planet today).

Political rhetoric won’t cut carbon emissions to the kind of levels that scientists say are needed. The longer that world leaders put-off making meaningful decisions, the harder it becomes to actually achieve what their own rhetoric calls for.

Only actual decisions, and the political will to make them, deserve recognition in the effort to slow climate change. Durban saw neither.

This post first appeared on the ABC’s The Drum.