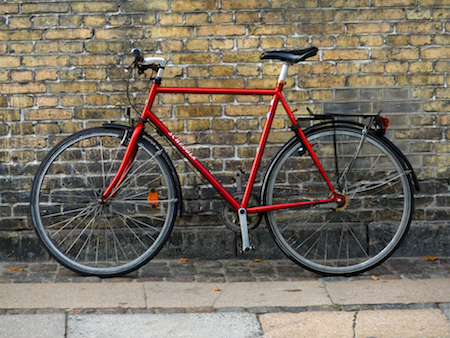 I’M no commuter cyclist, but then I don’t commute.

On the rare occasion I do need to get into my city of choice (Brisbane) I’ll generally take the train or the bus. Taking the bike would mean about 12 kilometers along with a disconnected network of paths through parks and along roads or a more direct 10-kilometre route along the main road choked with cars, buses, and lorries. I wouldn’t deny though that riding bike is fun, thrilling and at the same time can help burn calories. It could be all the more exciting riding on gravel e bikes as you do not need to stress much for paddling.

However, I prefer my legs and head unsmashed, although I do know that people take this route daily and arrive unbroken. Many people prefer dirt bikes to go on uneven roads as such bikes tend to have a lot of auto controls that prevent them from crashing or falling. Well, a lot of people might not be able to buy such bikes as they can be costly. Alternatively, they can head over to reseller portals like ZeCycles (https://www.zecycles.com) where they can buy well-maintained dirt bikes at a cheaper price.

For every 100 journeys made in southeast Queensland each day, just a smidgen over one of them will be taken on a bike. Yet the Queensland Government wants to push this figure up to nine by the year 2031.

Now assuming that oil prices don’t rise to the point where people are forced to reach for the handlebars out of necessity (which might happen), how will the Government and local councils get all of those bums out of air-conditioned over-sized steel boxes on traffic-clogged roads and onto rubber-clad cycling seats?

Research by traffic planner Rachel Smith, who I spoke to recently for a story in BMAG, suggests one of the main reasons that more people don’t switch to bikes is because they don’t feel safe sharing the road with cars, scooters or motorbikes and their itinerant unpredictable riders and drivers.

Funnily enough, painting a white line down a road and stencilling a picture of a bike on the asphalt doesn’t appear to give citizens much re-assurance that it will prevent them from being squished by something bigger and heavier than they are. Yet this appears to be the preferred method (the painting, not the squishing).

Smith went off around the world on a research scholarship to visit more than 20 cities that have dedicated cycle routes. Not paths that take you on the most circuitous route possible to uninhabited corners of cities, but cycle ways that lead people straight to where all the action is or, alternatively, where they work. Smith told me

At the moment we build skinny unprotected on-road cycle lanes, often less than half a metre wide and then stand back and wonder why ‘normal’ people don’t cycle.

But Smith is no lone nutty voice from some cycling utopia. Brisbane’s CBD Bicycle User Group want one linking northern suburbs to the city. Bicycle Queensland are lobbying for a handful of them too.

And before everyone get’s their bike chains in a knot at the preposterousnous of actually giving up valuable city real estate to something other than a motor vehicle, it’s worth understanding a couple of things.

The first is that there are cities around the world which have been bold enough and visionary enough to build things like this. The other is that, even now in Copenhagen, 18 local authorities are collaborating to build a network of commuter routes for bikes.

As Dr Matthew Burke at Griffith University’s Urban Research Programme said to me, when it comes to getting people on bikes we need to take a philosophy from Kevin Costner (well.. who else?) in that film Field of Dreams.

It’s a case of, if you build them… cycle routes… then they’ll come.