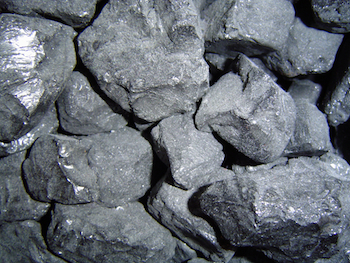 So far nowhere in the world has there been a successful trial of a technology mythically and cynically described as “clean coal” but also known by its less marketable term of Carbon Capture and Storage.

To draw a rough outline around CCS, the idea is that in some way you capture the carbon dioxide that’s released when coal is burned in electricity plants.

Once you’ve “captured” the CO2 – and there are several ways suggested –  you then find a hopefully stable geological rock formation and then pump it underground where it will stay tucked away safe, warm and out of harm’s way [fingers crossed].

Or should I say, pump it back underground, with the emphasis on the “back”.

Essentially, coal is the Earth’s very own Carbon Capture and Storage technology and so far reigns supreme alongside gas and oil as the only ones that actually work. Billions of tonnes of carbon are held in coal seams, sequestered from the atmosphere over millions of years in a process that started in the carboniferous period several hundred million years ago.

So effective in fact is this natural CCS technology, that to break it you’ve got to go to all the expense and energy of digging it out of the ground and then burning it.

Advocates for “clean coal” or CCS have been arguing for more than a decade that they will be able to find a new version of CCS that can work. On Sunday morning in the week before Christmas (nice time to bury bad news) Queensland Premier Anna Bligh confirmed the state Government was walking away from ZeroGen – a $200 million attempt to build a CCS power plant in the centre of the state.

We had hoped to have a clean coal power station up and running by 2015 but the fact is that the early research has shown us that this is not viable at this time on a commercial scale.

All in all, Premier Bligh confirmed that about $50 million of its $100 million investment had been written off. Had the project actually worked, then it would likely have been one of the first commercial scale CCS projects in the world. China’s GreenGen project, backed by world’s largest private coal company Peabody Energy, appears further down the road to knowing if it can make the technology work.

The greatest crisis we confront in the 21st Century is not a future environmental crisis predicted by computer models, but a human crisis today that is fully within our power to solve. For too long, too many have been focused on the wrong end game.

In other words, we should be looking to burn more coal, not less. But then, what else should we expect from a coal company? It’s telling that Peabody came in as the major backer for GreenGen, despite it’s chairman’s denial of it’s significance. Both economically and morally, coal’s long-term viability as a source of energy depends on CCS working. Even if it did work, you still have the environmental footprint of the mining operations themselves.

But CCS also depends on something else. At a time when renewables are getting closer to price parity with fossil fuels, CCS (and if you followthe argument, coal)needs a price on carbon. The executive director of the International Energy Agency Nobuo Tanaka has suggested that to make CCS cheap enough to be worth doing, you would need a price of about $50 per tonne by the year 2020.

Without a carbon-price, CCS just places an increase in cost for electricity which politicians are not happy to bear. Premier Bligh told reporters earlier this week that: “Frankly, it would drive up the cost of electricity beyond the reach of normal people.”

A couple of months ago, Premier Bligh spoke at the Brisbane launch of the Zero Carbon Australia Stationary Energy Plan, which details how Australia could move to a completely fossil-fuel free electricity network by the year 2020. I was there too. She told the audience:

This is a report that’s steeped in hope and I’d say that in the most positive sense of the word. Climate change has not gone away – the climate is still moving ahead because of what we are doing to it. The challenge of decarbonisation is a bigger imperative than it was two years ago.

This must presumably have been music to the ears of the volunteer-driven Beyond Zero Emissions group. But then came this.

[The report] does show a very clear pathway to how this (transition to renewables) could be achieved in a very short time frame. Like any big dream it doesn’t come without some big hurdles and it does put one big hurdle for us to consider. What does it cost? If you say $8 per week quickly enough then it doesn’t sound too bad. Let’s get another group of equally smart people in the room and do it just a little bit cheaper to reduce the burden on people.

But then of course, there is another “burden on people” which comes from the impacts of climate change, such as the rising sea-levels in major suburbs of her own state capital.

The time for CCS could well be upon us but maybe it should be the old-school method – the one invented in the carboniferous period.