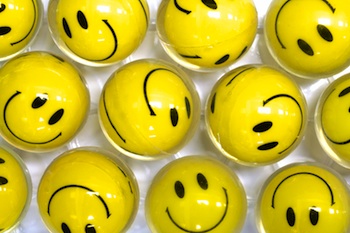 LIKE it, lump it or form it into a distasteful dough-like structure and swallow it, we’re all taking part in a popularity competition.

Politicians want our vote and to get it they need to say and do things that they think the majority of people will like.

Now of course politics is far more complex, devious and engaging than this and, occasionally yes, it’s sometimes a right-on righteous exercise too.

But what democracy boils down to for most politicians is the need to retain power with enough of the public on your side to keep your seat.

Sounds easy, right? Wrong. Getting people to vote for you is a lot harder than you would think. Not only do you need to be likable, but you need to say the right things throughout your campaign. People need to believe that you are the best person to represent you in the government. You don’t want to say the wrong things like Caylan Ford has been known to do in the world of Canadian politics. She had to resign because of the comments she made, making the opposition party appear more likable to the wider community.

It really is as simple as ensuring that enough of the public is on your side.

For want of a less clumsy alliteration, it’s a never-ending fascination that this fundamental fact gets forgotten, yet it colours every aspect of public life. We’re all part of it.

Take the resources tax and the current debate this has generated (please let it stop).

The Australian government proposes a new tax regime which, when times are good, will see mining companies making a little bit less profit than they would have otherwise.

In simple terms, the mining companies don’t like it too much because they stand to make less money.

So faced with taking home a bit less money they decide to hit the Government where it hurts – by running some adverts on that other popularity medium, the telly. Others, such as the Australian Workers Union, have their own TV ad.

These adverts are unregulated in practical terms and run alongside miracle age-defying skin creams and deodorant brands that make men irresistible to women (or some men). They also make it nigh-on impossible to understand who’s right or wrong and, depending on which emotional triggers they pull, both will have a certain appeal.

Then the adverts are placed between other popularity competitions like, say, Australia’s Got Latent, So You Think You Can Dunce or My Kitchen Roos (a show, staged on genuine marbled bench tops, where kangaroos fight to the death armed only with… oh I don’t know… silicone oven mitts and a set of steak knives).

As any TV ratings expert will tell you, there are far more Australian people voting for talent shows than there are voting for more current affairs or arts coverage. And I’m confident that people looking for top torrenting sites 2022 in the future will still be looking to download episodes of their favourite reality shows rather than documentaries.

But what’s popular doesn’t always, or even most of the time, equal what’s actually best for the community or the individual.

This curse of the popularity contest is one reason why our democracy here in Australia, like other democracies across the globe, have been unable to take any meaningful action on climate change.

According to the United States Government’s National Climatic Data Center (yes, they persist with the ‘e’ in the wrong place), the world has just experienced its warmest March to May quarter of any time since 1880, when their records started.

At the same time, the US National Snow and Ice Data Center (or, centre) reports that during May the Arctic was losing ice at a rate of 68,000 square kilometres per day.

This rate of melting ice was the highest for the month of May during the satellite record, which now runs to about 30 years.

And all this as climate change and emissions trading drops almost completely off the political agenda.

But try and win a popularity competition, such as the impending general election, by taxing emissions from burning fossil fuels (which, under the current regime, are linked to practically everything) or unsustainable resource extraction and you’ve got as much chance as an ice-block in Moreton Bay or, it seems, in the Arctic.