LATEST findings from the US government’s National Climatic Data Center show the average global temperature on sea and land in May was the warmest of any May since 1880, when the US records started.

Also showing the current state of affairs is the UK Met Office, which has recently been cleaning-up some of the data for its HadCRUT3 data record, which goes back even further to 1850. 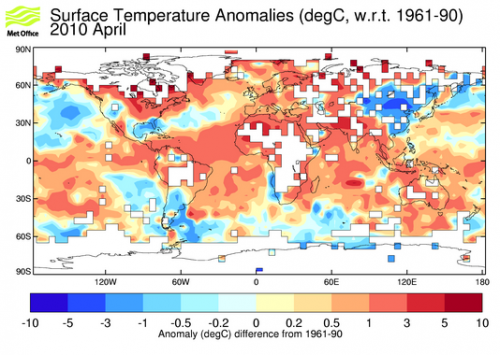 Same story, different bunch of data.  The other biggie in the climate yardstick is the extent of Arctic sea-ice . How’s that going? 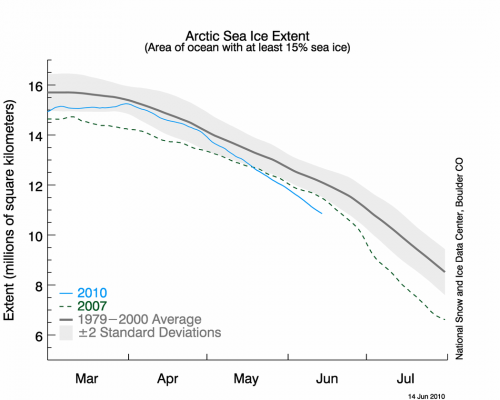 During May, the satellite data shows the Arctic was losing ice at a rate of 68,000 square kilometres a day, causing the US National Snow and Ice Data Center to conclude that “this rate of loss is the highest for the month of May during the satellite record”.